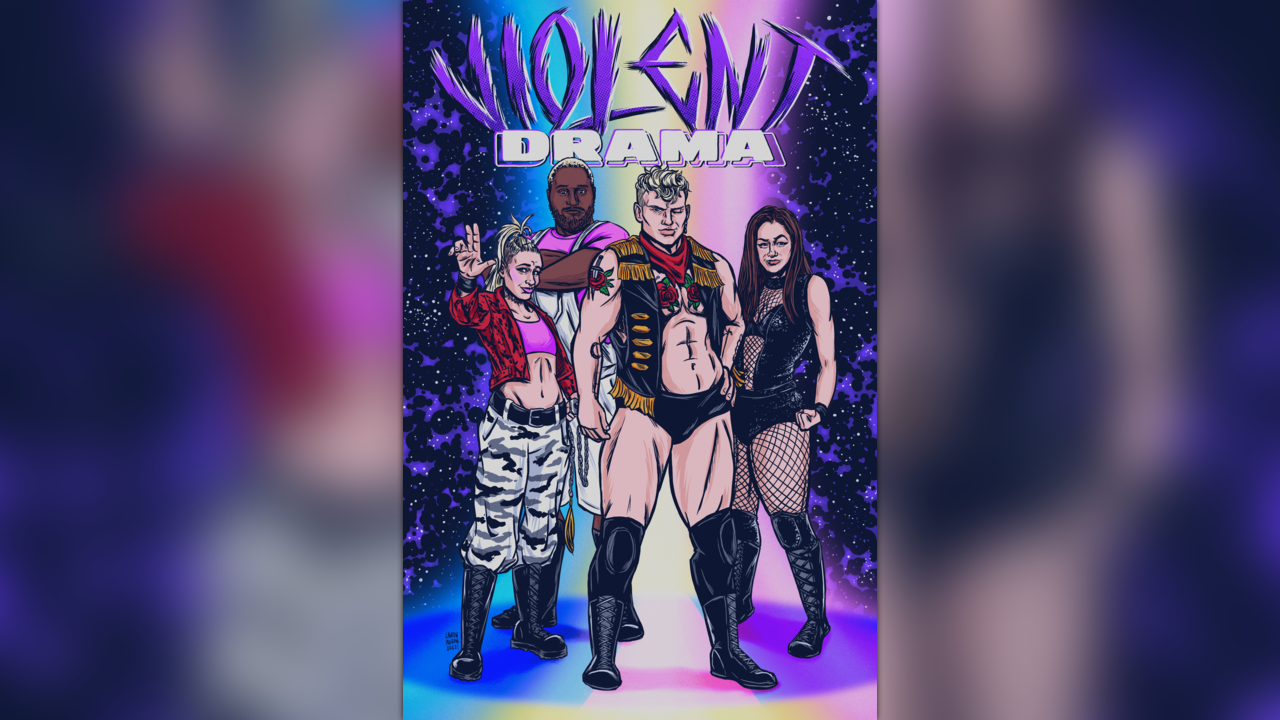 Why is Ziggy and MV's Violent Drama Being Made?

I am a lifelong professional wrestling fan, and been following the independent/small territory side of the business since 2002. I have always been drawn to the talent on the independent scene that actively works to reform stereotypes of pro wrestling and its performers; my first wrestling-focused project, WARHAUSEN, featured All Elite Wrestling star Danhausen and nationally renowned champion WARHORSE, as well as other rising stars in independent promotions. I am immensely proud of this comic, which was supported by an award-winning art team, raised nearly $6,500 in crowdfunding, and provided significant publicity for the wrestlers when their work was uncertain during the peak of the pandemic. 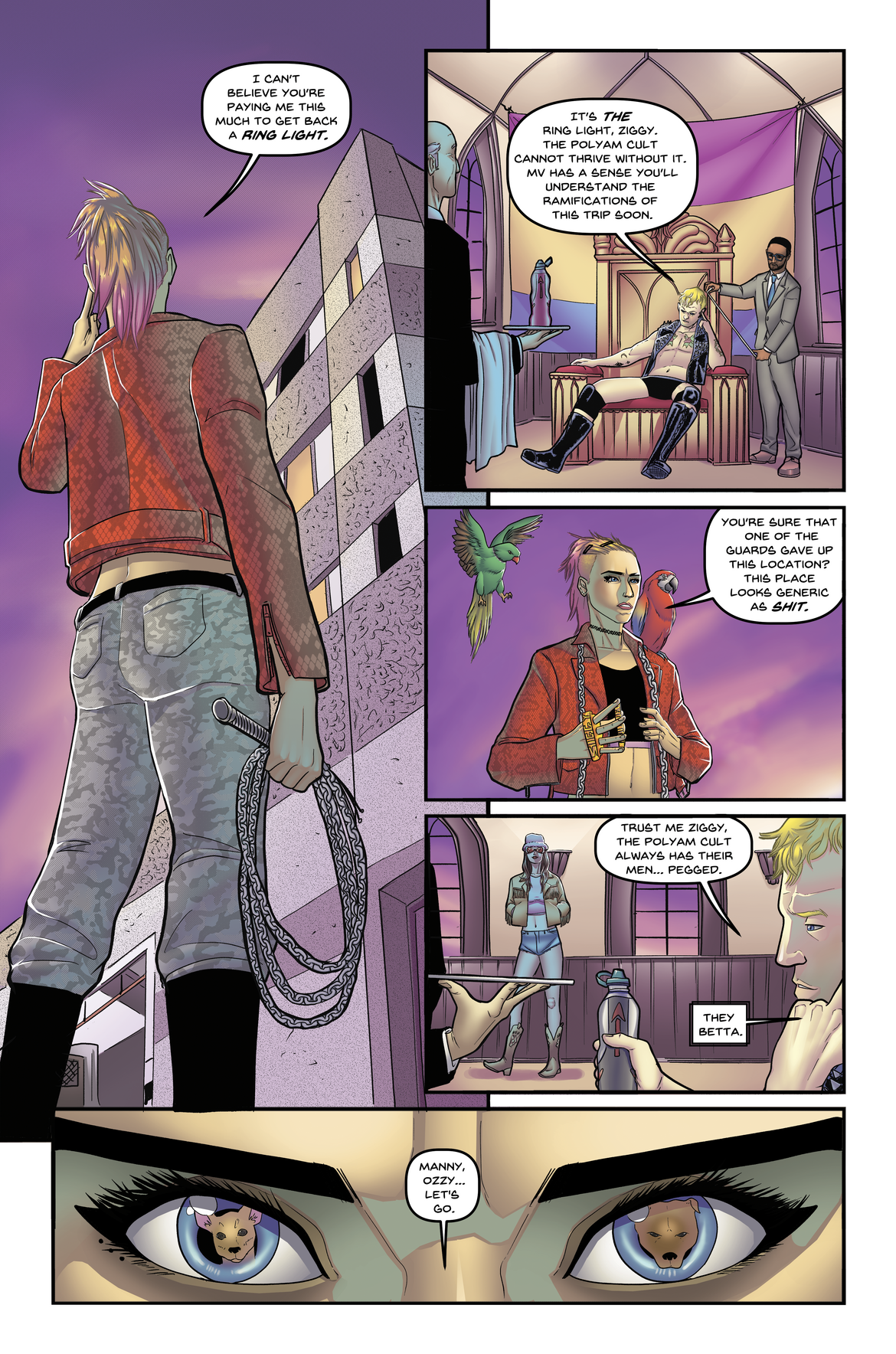 This latest comic features Ziggy Haim and MV Young, two Pittsburgh-area independent wrestlers who have brought the sport to brand new venues and subcultures. Ziggy Haim is a badass Jewish punk, and MV Young, the PolyAm King, is at the forefront of bringing pro wrestling to LGBTQ+ audiences. This story also features an awesome villainess appearance from Nicole Matthews, one of the pioneers of women's independent pro wrestling (and a star in WWE's Mae Young Classic). All of these athletes are an inspiration to me and I am honored that they have entrusted me with their characters to create a wild story inspired by Dredd, The Raid, and Neon Genesis Evangelion. 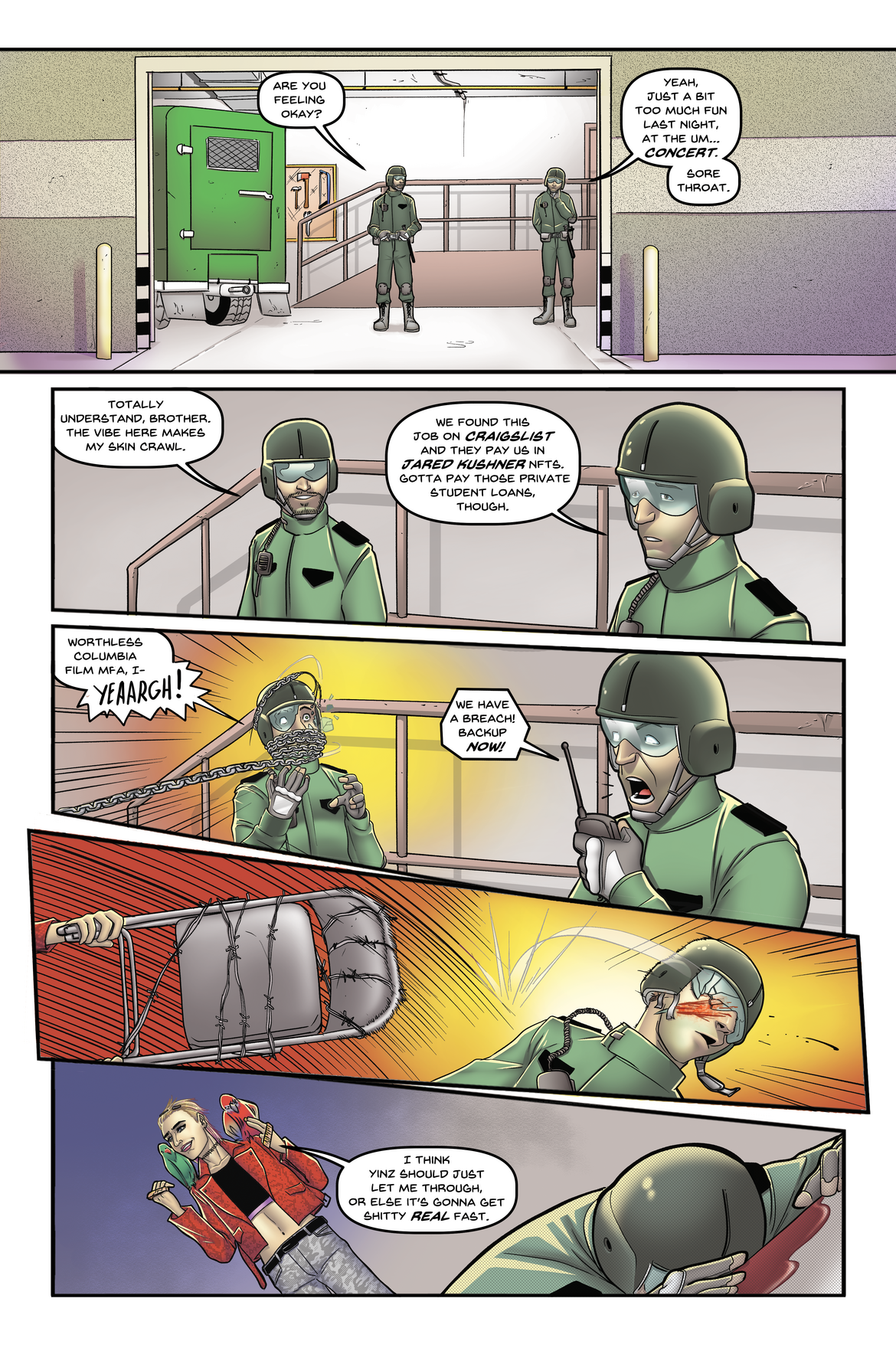 Jason Doring (Writer):Jason is the writer and co-creator of WARHAUSEN, which featured All Elite Wrestling star Danhausen, record-setting independent wrestling champion WARHORSE, and other nationally renowned pro wrestlers. Beyond his work in pro wrestling comics, Jason released his debut story The Naked Eye on Kickstarter in 2019, and has contributed to multiple comics projects for the Boston Comics Roundtable, including the Boston Powers kids' series and space exploration anthology Starbound.

Elliot "Ell" Balson (Pencils/Inks): Ell is a Scottish comics creator, having worked freelance since graduating from the Masters in Comics course at Dundee Uni. Sometimes, he even finds the time to draw stuff.

Reggie Themistocle (Colorist): Reggie Themistocle is a colorist and a penciller, who recently contributed the Boston Comics Roundtable anthology Boston Powers. He will in the newest installment debuting in Fall 2022. He also is working on his webcomic CandyGirl.

Rob Jones (Letterer): Rob Jones is a prolific comic book writer and letterer based in Eggborough, England, and is a part of the Madius Comics production house. A winner of the Ashcan Letterer of the Year Award, Rob's impressive CV includes work for Image Comics, Heavy Metal, Scout Comics, A Wave Blue World, and other small press publisher across Europe and the United States. His lettering portfolio can be found on his WordPress page.

Lauren Moran (Cover Artist): Lauren is an illustrator and licensed graphic apparel designer residing in Manhattan. Her designs can be seen in stores across the US, including Hot Topic, WWE Shop, and Target. Her illustrations have also been featured in the WWE Topps SLAM trading card app. Lauren also creates promotional artwork for independent professional wrestling promotions in her spare time, and she drew the iconic bloody print of Becky Lynch during Lynch's rise to WrestleMania superstardom. Her portfolio can be found athttps://artoflaurenmoran.carbonmade.com/ 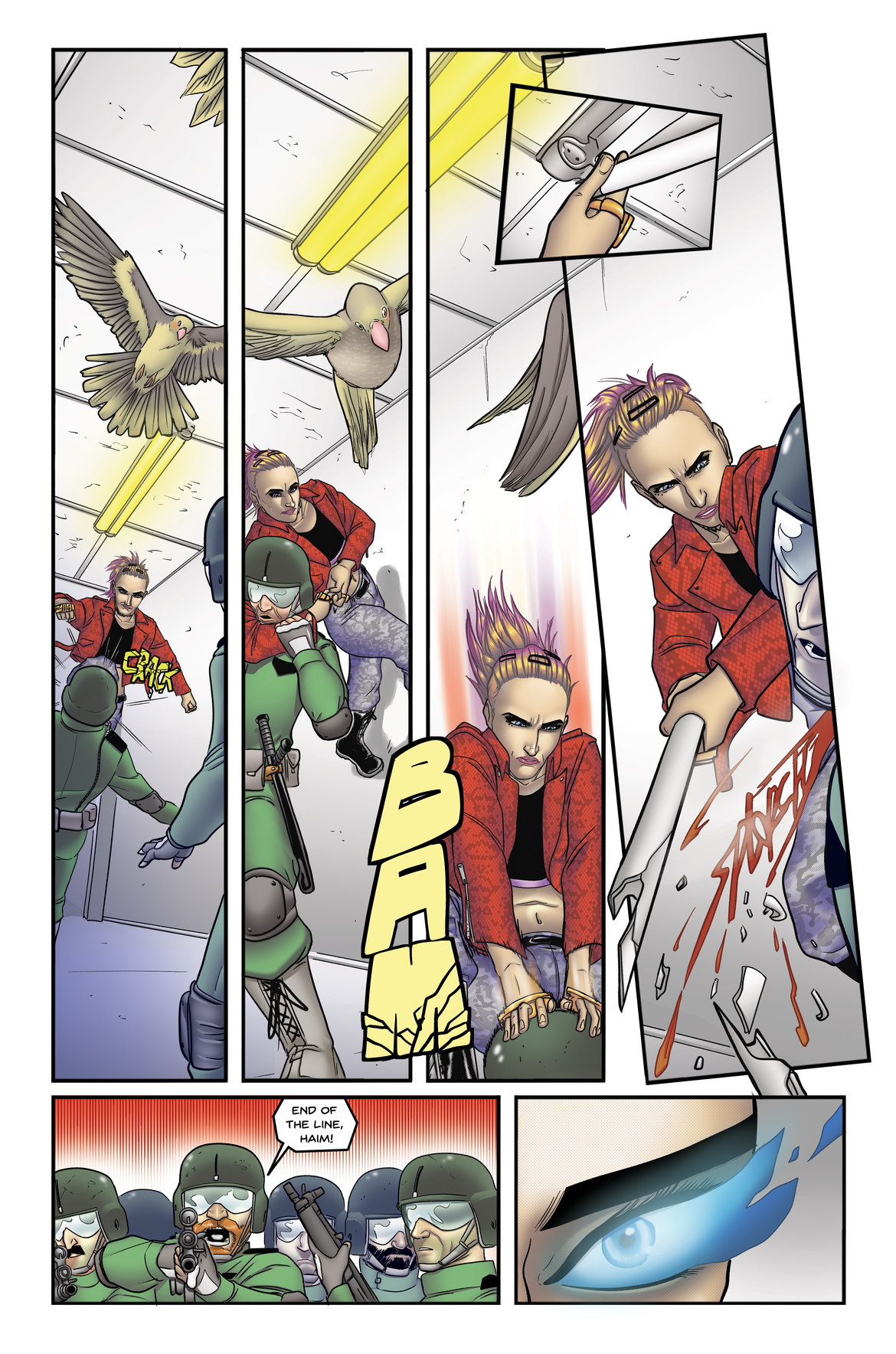 The base goal of this crowdfunding campaign is to get the book printed as well as finish payment for the art team. If we reach a stretch goal of $3,000, the following additions will be unlocked:

Our thanks for contributing to the comic on social media channels, AND your name in the "Special Thanks" section of the credits!

The digital PDF of Ziggy and MV's Violent Drama, plus all rewards at lower tiers!

The print copy of Ziggy and MV's Violent Drama, plus all rewards from lower tiers!

Thanks to Crowdfundr's sponsorship with Small Press Expo, backers of this tier get limited-edition bookmarks with Violent Drama art! Includes all rewards for lower tiers as well!

The print copy of Ziggy and MV's Violent Drama AND WARHAUSEN, plus all rewards from lower tiers!

We're really excited to announce Don Cardenas as the artist for our variant cover, featuring the climax of the action in our Dan the Dad story! You get this CAMPAIGN-ONLY cover, as well as the base copy, plus all other rewards at lower tiers!

You'll get drawn into Ziggy and MV's Violent Drama by our art team, plus all rewards from lower tiers!

If we reach our base goal, the opportunity to be draw into the Dan the Dad story will also open up!

Do you have a comic, podcast, wrestling promotion, or other project you want to promote? Put it in the pages of Violent Drama!

You will also receive:

The Dan the Dad backup story has a bigger cast than VIOLENT DRAMA, which means more chances for you (or your friends and family) to be involved! Get drawn in the background of this story! You receive all lower rewards as well (except getting drawn into the VIOLENT DRAMA story).

The Dan the Dad story has it all - amazing dragons, heroic rangers, mercenaries, zombie knights, and more! This reward lets you become a character and speak your piece! This tier includes all lower rewards, except the other appearance tiers.

Jason Doring is managing the funds for this campaign. The campaign is for a personal cause.