No thanks
Echoes in my Hull
SubscribeUnsubscribe
✖
Gallery (1) 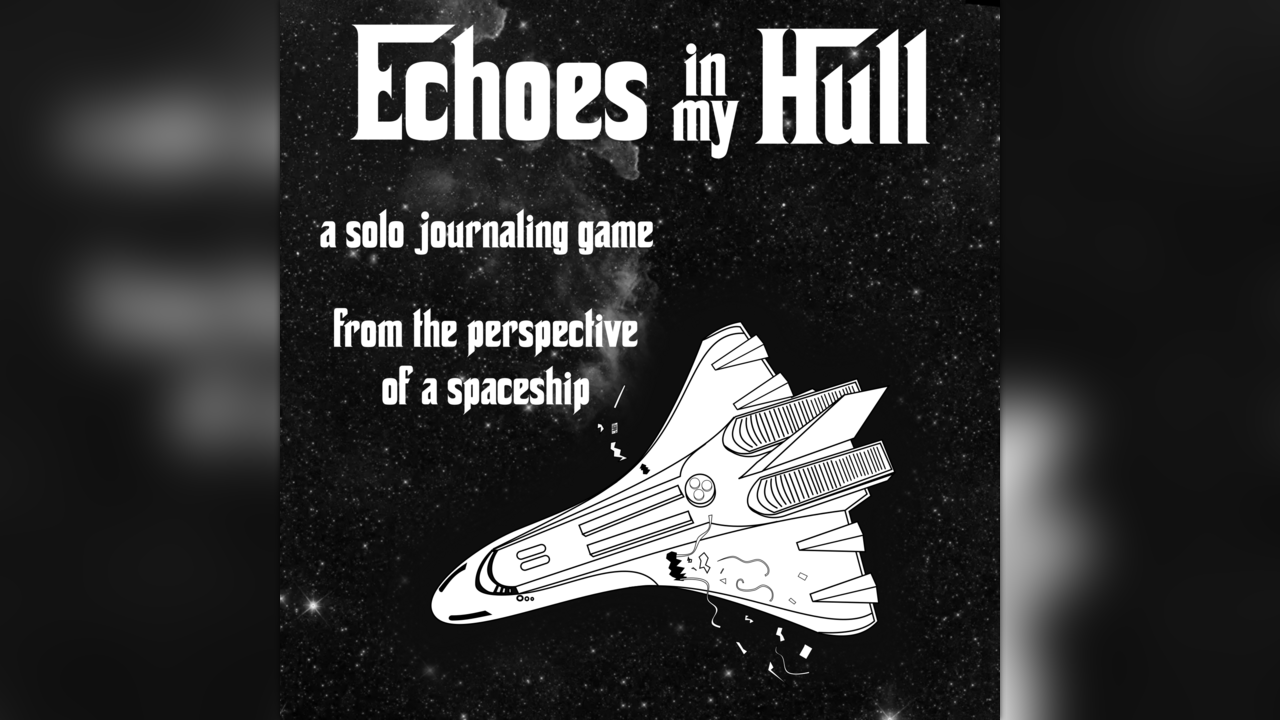 $340 pledged 113% of $300 goal
21 contributors
17 Days left
Contribute
By Matthew Woodyard
Personal campaign All or nothing Hudson, US

" We are the custodians of life's meaning. We long for a parent to care for us, to forgive us our errors, to save us from our childish mistakes. But knowledge is preferable to ignorance. Better by far to embrace the hard truth than a reassuring fable. If we crave some cosmic purpose, then let us find ourselves a worthy goal."

We always hear of the tales where a stalwart crew sets off with a rock steady ship and through blood, sweat and tears, forces their way through the dangers of the cosmic wilderness to celebrate triumphantly.

That is not the kind of story I wanted to tell.

There are equal or perhaps more stories to be told where a crew does not succeed. They do not overcome their hardships, and at the end of the day they succumb to the elements. Are their stories not worth telling? Who better to tell the story of this crew than the ship itself. Who better to record and remember the lives of these unfortunate souls than the one who was with them the whole way even while they slept?

Echoes in my Hull is a solo journaling game about remembering the people we have lost.

The game uses tarot cards as its primary method of randomization. Each of the 72 tarot cards offer up meanings to be interpreted by the player, both upright and reversed. Through the game, the player will become acquainted with their crew and ultimately be the last existing record of their lives.

Curious how something like this would work? Keep scrolling to find out!

The game needs art. First and foremost, it needs art! As there are 72 cards between the major and minor arcana, that's a lot of art. As much as I enjoy this project and taking it from idea to reality, I don't have the kind of funds to pay for that much art. Every dollar raised goes straight into making the game prettier.

What do you get for pitching in towards art?

A free PDF copy of the game. If enough money is collected, then an actual real custom tarot deck for this game is a possibility! (This would have to be a significant amount of money though, thousands of dollars.)

With support from people like you, this large and ambitious project will become a reality and with any luck, will result in a solo game of introspection, creative exploration, and appreciation for the time we have with the people in our lives. 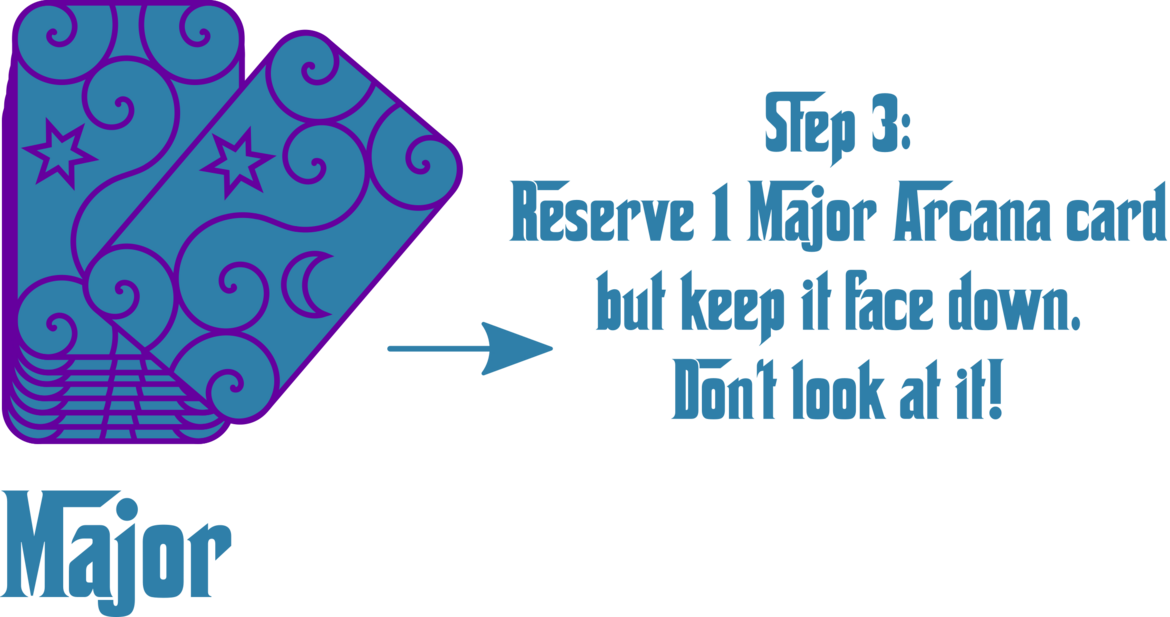 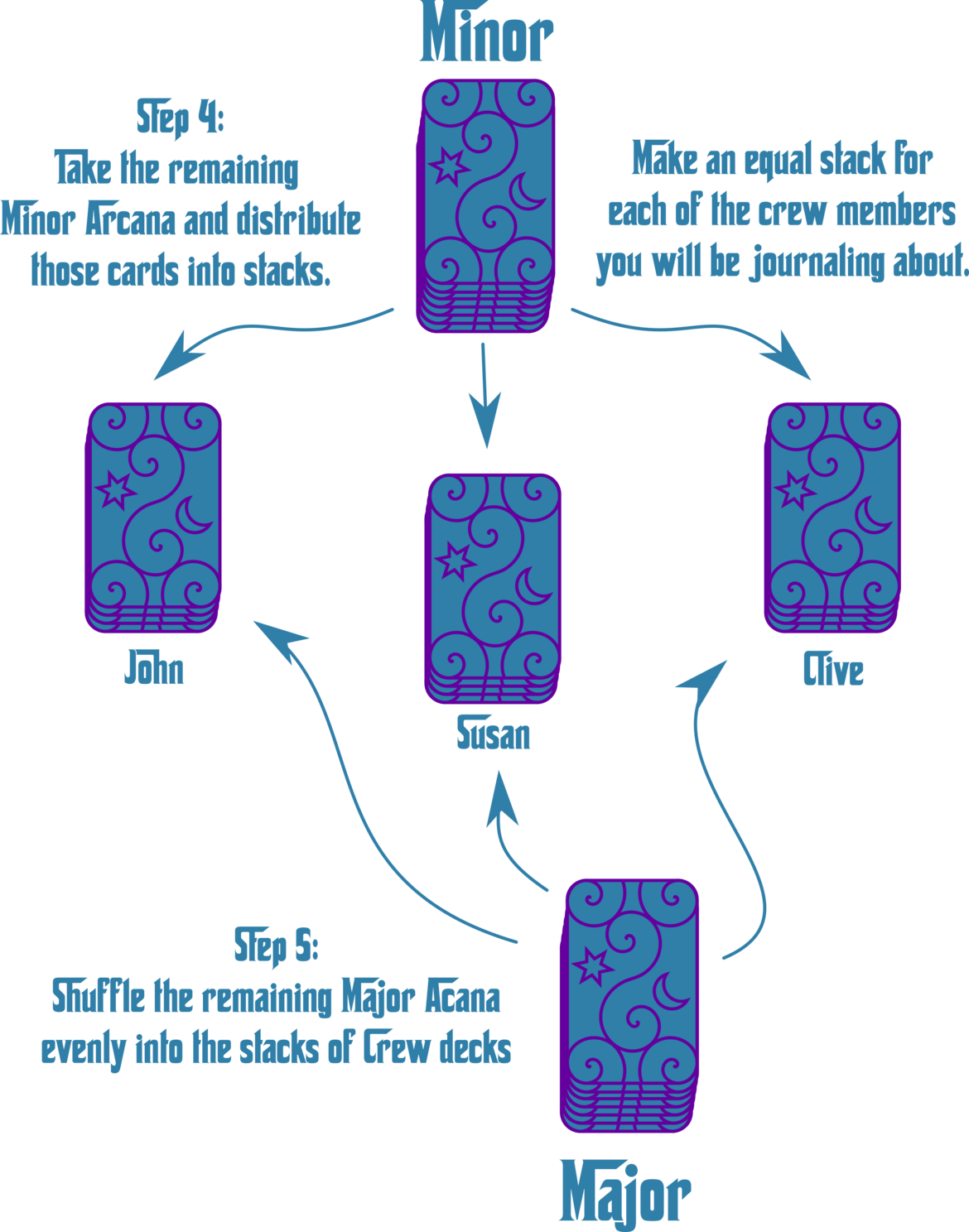 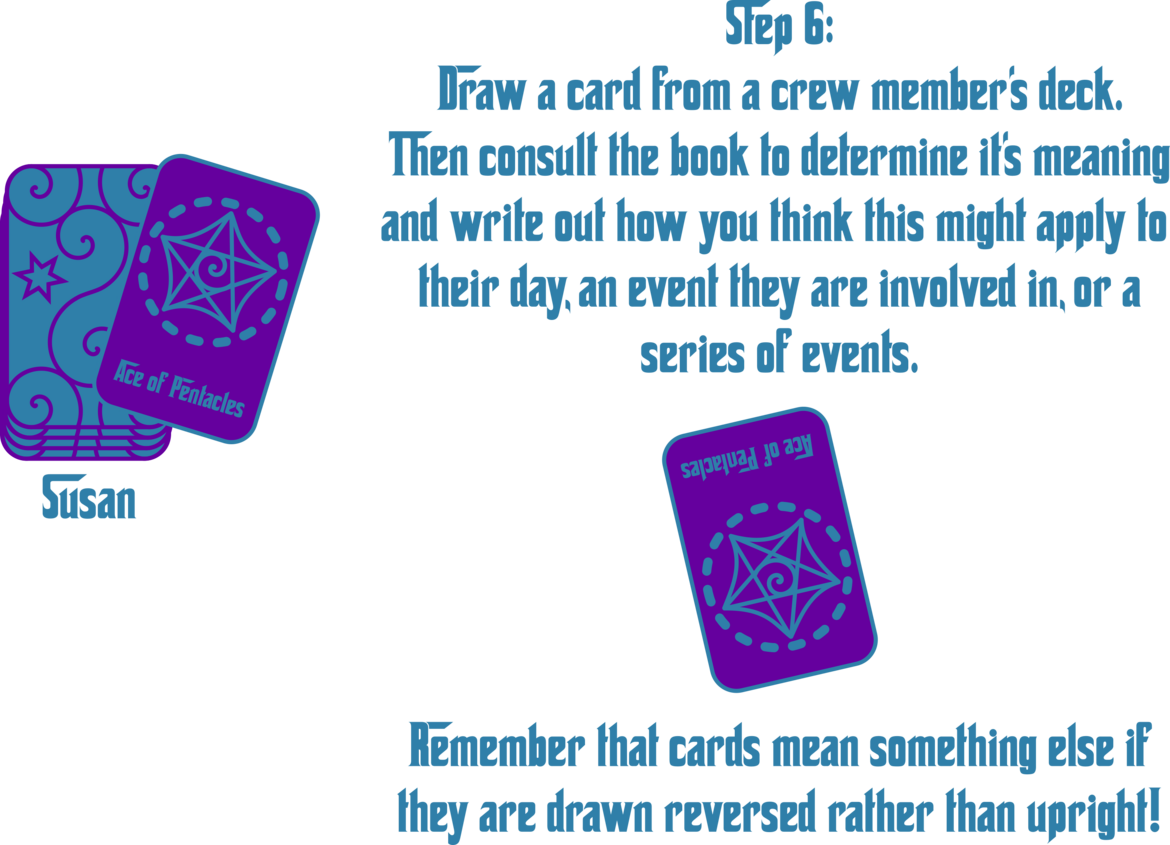 Echoes in my Hull is being designed by me, Matthew Woodyard (@kintarotpc on twitter), and written by both myself and Ben Joah (@flowercrowngaming).

You get your name in the PDF as a contributor to the project as well as a small timeshare of my mortal soul.

The dang ol book in all it's digital glory. You will of course also get credit in the book, as well as a small timeshare of my mortal soul. (redeemable only in the afterlife)

You obtain not only the dang ol book, credit within the pages, a small timeshare of my mortal soul(redeemable only in the afterlife), but also bragging rights amongst other backers of this project. You will get to throw your weight around in the "I backed Echoes in my Hull" social circles. For what it's worth.

Matthew Woodyard is managing the funds for this campaign. The campaign is for a personal cause.